Kuduchi is a small village in Belgaum with a bigger agricultural land. In this small place lives our fighter VIRUPAKSHA SHEKAR BASAGUNDE, a 27yr old male. He lives with his family at Kuduchi. Virupaksha comes from a family who has a few small acres of agricultural land. He lives with his small family, with his father, mother, grandmother, brother, sister-in-law and her two little girls, his whole family works at the farm. Virupaksha Shekar Basagunde is fighting severe cervical dystonia since 2010. His family moved from Belgaum to Bangalore for his surgery and then further rehabilitation. Making ends meet while making sure Virupaksha gets back to the independent walking boy. 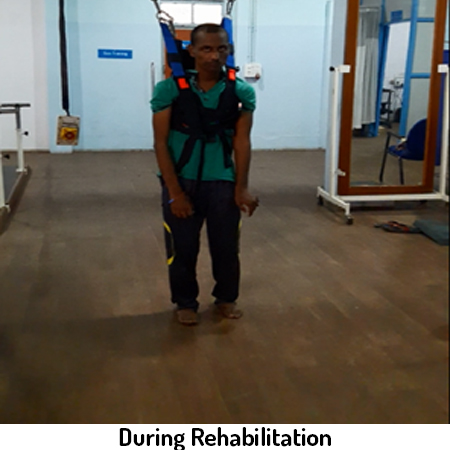 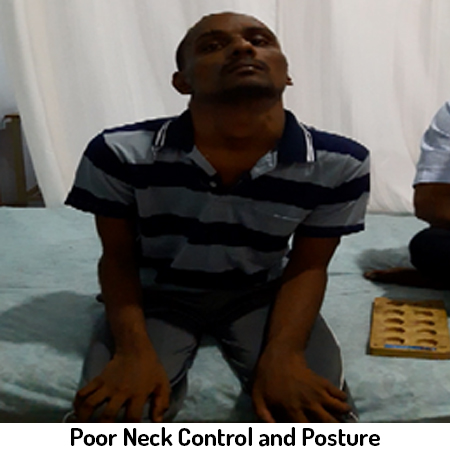 On 10TH October, 2017, Virupaksha was then referred to Dr. Sharan and operated to remove the DBS and did functional neuro-surgery on him. From this moment on the Neuro rehab started and the family gained hopes for getting their son better.

Neuro rehab started immediately after the surgery. Intense therapy for two months brought drastic change in him. From walking with and without support, control and strength in lower limb to the clear intelligible speech. Initially he came with lot of instability in whole of the body, With no control in the neck. He had difficulty while walking and talking. He needed someone to support his head while talking. He was completely unable to walk or stand without support.

Just 2 months of intense therapy brought changes and hopes in family and himself.

We use cookies on our website to give you the most relevant experience by remembering your preferences and repeat visits. By clicking “Accept”, you consent to the use of ALL the cookies.
Do not sell my personal information.
Cookie SettingsACCEPT
Manage consent

This website uses cookies to improve your experience while you navigate through the website. Out of these, the cookies that are categorized as necessary are stored on your browser as they are essential for the working of basic functionalities of the website. We also use third-party cookies that help us analyze and understand how you use this website. These cookies will be stored in your browser only with your consent. You also have the option to opt-out of these cookies. But opting out of some of these cookies may affect your browsing experience.
Necessary Always Enabled

Performance cookies are used to understand and analyze the key performance indexes of the website which helps in delivering a better user experience for the visitors.

Analytical cookies are used to understand how visitors interact with the website. These cookies help provide information on metrics the number of visitors, bounce rate, traffic source, etc.

Advertisement cookies are used to provide visitors with relevant ads and marketing campaigns. These cookies track visitors across websites and collect information to provide customized ads.

Other uncategorized cookies are those that are being analyzed and have not been classified into a category as yet.